My birthday really didn´t feel like anything different, it was weird, it just felt like another day.

We have an American Family in our ward so for my birthday, we scheduled to eat with them for dinner because they had American food from the base. We had Burgers. They were amazing. They didn´t know it was my birthday until later, but just by happen stance, the mom had made a cake earlier that week and so she threw some candles on there and they sang happy birthday to me!

Things have gone down in the work, but thankfully up in the companionship.

We had a pretty intense boxing match-I mean, "companionship inventory"

I had had it. It was ALL coming out. Everything that was an issue, we talked about it!

It was really frustrating because he plays the victim very well so he made me seem the bad guy.

But after this intense battle of words, things have gotten better. Much better actually. So thankfully, things are looking up in that aspect.

As far as missionary work goes, its been way slow. Our two investigators were really solid at the beginning, but now they say they can only meet maybe once every two weeks, so that has been a problem.

But my birthday week was great, I got lots of Love and thank you to all that sent me some birthday "love", I appreciate it so much!

On Sunday, yesterday, we had a "Ward Conference" and the stake leaders came and basically just yelled at the ward for not being very good members. It was very interesting. They got at the ward for not doing what they are supposed to be doing, so since then, I have started reading the Blue Handbook so I can hopefully give a helping hand.

I really don´t have too much else to report. The week went by surprisingly fast. Yesterday was 8 months as a missionary and that just blows my mind. In the example of a 5K race, the first mile is done!

We have 2 investigators now and both of them have baptismal dates! One, Nora for the 5th of November and the other, Sicilia for the 12th of November.

We are working hard with them and helping them prepare to be baptized!

There really isn´t anything to huge that stands out for the week but this past wednesday was Hispañola day or something like that where they celebrate spanish culture. The Stake had a big activity for it and it was just a huge "Festival of nations" is what they called it. They had tables with the flag and name of every country that made up our stake. The EE.UU (USA) even got a table, so we missionaries brought stuff to represent our country. We had a red white and blue basketball, someone made Chowder, another elder brought Dr.Pepper they got through the mail, we had a texas flag and a picture of Joseph Smith. The funny thing is that the mexico table was right next to ours and they brought a ton of stuff, so the mexico table was slowly taking over the USA table. We(the American Missionaries) all found that a little ironic that mexico was creeping into the USA section where we had placed the Texas flag.

Other than that, nothing too crazy is going on. This past thursday my companion and I had to have a chat because things have been lacking a little on the "unity" section. But it was a good chat and things have gotten a little better. 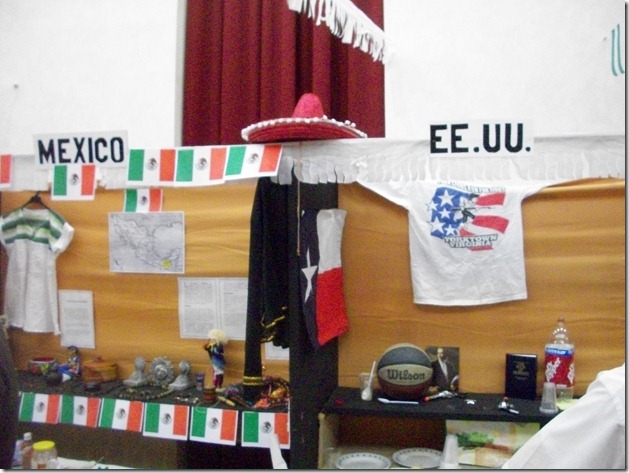 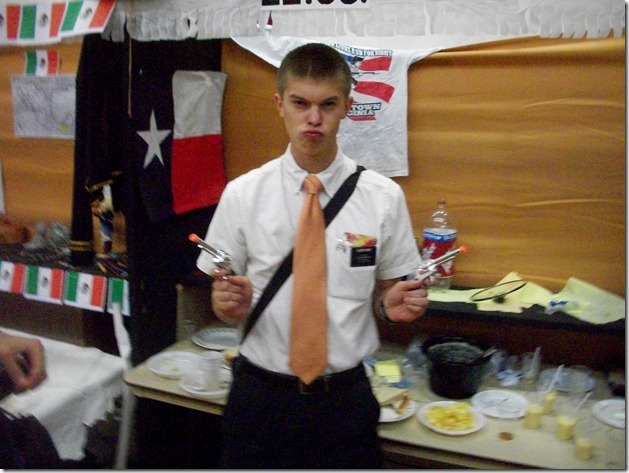 I guess that is all for today! Until next time!

We are starting to find some success

This past week we finally got to meet with a lady from Nicaragua named Nora and we have started to teach her and she has a baptismal date for the 5th of November. We also got in contact with a lady from Ecuador who is a friends with a member. We will hopefully set a baptismal date for her tomorrow. She also has 2 daughters, one is 9 and the other is 15. The first meeting was just with her, her name is sicilia and this next appointment tomorrow will be her and her 2 daughters, so we are very excited for this opportunity!

I really don´t have too much to comment about because this past week was mostly filled with looking for more people to teach. But I will share two experiences that stick out to me from this past week.

Our first appointment with Nora was actually in a park because she lives with an old woman that she takes care off and the old lady didn´t want us, the missionaries, in her house. So we met her and taught her in a very busy park outside the old lady´s building. It was kinda weird because this was the first time I had ever taught a lesson outside with people walking by and watching. But the whole time, I was worried with the question as to how we would pray. I didn´t want to draw attention to us by praying, so we started the chat without an opening prayer. As the lesson was coming to a close, we testified again and explained that we have our testimonies, but she can know for herself through prayer. But at this moment I thought, how can she know the importance of prayer, if we, the missionaries, didn´t even start the chat with a prayer! So i was just praying that we would know what to do! We talked some more and challenged her to be baptized, we asked that if she continued to meet with us, and came to discover that our message was true, that she would be baptized. She agreed and we discussed again, that she can only come to know the truth if she did the commitments we left her and prayed. Again, I was concerned with what we would do about praying in the middle of a public park. But as we finally finished talking, we got another appointment set up and were closing up, everyone that was in the park was gone. It was just the 3 of us and we could have a nice calm opportunity to pray. It was quite the miracle. It was so busy during the lesson, and then when it was time to pray, everything just worked out.

We are always trying to find something cool to do for Pday. I´ve been in Sevilla for about 15 weeks now and I´ve seen pretty much everything Sevilla has to offer in the tourist matter of things. But this morning as I was looking through a tourist magazine with fun places to visit, I saw an article for an art museo.  It had samples of some of the artwork displayed there and one of them jumped out to me. It was more modern art I guess.( I don´t really know what to call it...) But it depicted the bad things in this world. There was sadness, and hunger, wars and natural disasters. It was a very bleak outlook on the world and life itself. And it really made me feel bad, I didn´t feel good looking at this piece of art! But in my hand, as I skimmed through the pages of this tourist book, I had a German Milka Chocolate Bar. I love German Chocolate. So as I looked at the bleckness of this depiction of life, I had no reason to feel bad, because I had something that made me feel good. You can probably see where this is going now...haha. It is a bit of a stretch, but I couldn´t help but think of this past conference while looking back to this experience. We can see the world going to the dumps with all the sadness and terrible things happening, with its sinking morals, but we have something that makes it all better. We have the restored Gospel of Jesus Christ and that gives us the hope for a better today and tomorrow.

This week was good and I am looking foreward to another good one!

"It is better to look up"

This week was excellent, or rather, the weekend was excellent! We still don´t have any investigators and so it was just a whole lot of contacting. I don´t have a problem with contacting at all, I mean, that's what missionaries do. They contact people. But for 8 hours every day has started to weigh down on me. However, this opportunity has made me a bit more bold in getting our message out there because I´m not wasting my time, do they want to be taught or not! So its been a little dry, but we are trying to keep our heads up and press forward.

On that note, One of the talks that hit me really hard was the one by Elder Cook from the 70. His message was "It is better to look up". I have been feeling very weighed down and overwhelmed lately because we are having very little success and I really I have to do everything because of my companion´s lacking language skills.(I have decided after this experience that I would never want to train). But his talk was what raised me up. He stated that it IS much better to look up. We can hang our heads low and be crushed by our burdens OR we can hold our heads up high and press forward in faith. I needed to hear that talk, and it has really given me the courage to push on. I also loved President Monson and Uchtdorf´s commentary on how we are never really alone even when it feels as if we have been left completely to ourselves.

Nothing too crazy has happened lately, I am trying to think of anything quick that would be fun to share. Oh here we go, For conference, our whole sunday was spent in Sevilla because that is the stake center and all the missionaries in our zone came to watch so we could listen in English. (We slept the night with the Elders in Sevilla) So on saturday, as we were packing, I was making my sandwiches for my sunday lunch and I figured to myself, someone's gonna forget to bring food for lunch. So I threw my whole loaf of bread in the bag and my whole pack of sandwich meat and cheese. I had also bought a big bag of cookies so I threw those in there as well. Turns out, out of the 10 of us. The only people that remembered to bring a lunch for sunday was me and the two sister missionaries. So it was really good that I brought all that stuff because I ended up feeding everyone! Although I am now short a loaf of bread and sandwich material, I feel great about it because just as they declared in conference, service really does make you feel good.

Things are just pushing along and my head is lifted high, even though things are going really tough right now, I am grateful for these experiences and I know that I am learning so much from them.

Well I guess until next week!