Man this week went by fast, I feel like I just wrote home yesterday!

Things are picking up for us. We have been working like crazy and so we are beginning to see some fruits. I am very happy with how things have been going for us. Some days it feels like its been very slow, but since we first got here to alicante, things have drastically picked up. We got here with absolutely nothing. The Zone Leaders gave us a new area book and it has been our job to fill it up with investigators! Since getting here, we have about 5 investigators and 3 of them came to church this past sunday. this past sunday was rough though, the first two talks by the youth were really good, and then an older member of the congregation gets up to give his talk and he says, "brothers and sisters, today my talk comes from a book that we don´t really use to often for talks, but I feel that I must use it." In my head I was just thinking, please don´t say Mormon Doctrine or something out there. He continued, " my talk come from the book Doctrine of Salvation Vol. 2" I literally, on hearing those words, smacked my forehead with my palm. I was not happy. He was attempting to expound deep doctrine and this was the FIRST time two of our best investigators (Jose and Monica) came to church. the whole time she was asking me questions.

Some words were shared about what is allowed to be said from the pulpit. He wasn´t even sharing doctrine, it was basically his ideas for 20 minutes. I wasn´t too impressed. But anyway, things are going great, we see miracles everyday, I wish I had time to write them all out for you. We met with a poor gypsy family last night and they were literally bug eyed listening to us. They just ate up everything we said.

We had a specialized training this past week with the mission president and it went over really well. this was our last one with him before we get a new president in June. It was nice, while we had the interviews with him, his wife was talking to my comp. elder Bird and she told him, "one day you will appreciate so much what your companion is doing." It made me feel really good. This has not been easy. Starting a new area with nothing and on top of that training a newbie has been a real challenge but it has also been such a great experience. I am so grateful for this chance to serve.

I love this work so much. It is the work of God and I feel so grateful to be part of it.

Sorry I don´t have any pictures for this week, but hopefully I´ll get some for next week!

I don´t have too much to say I guess. The week went by really fast but the work was pretty slow. this past week was their Spring break so lots of people were out and a ton of tourists were in. However, I did get to see some fun stuff. They had huge "proseciones" processions where they have the KKK guys out and the big floats with the virgin mother and all the other virgins and saints. It was very interesting to see. I bought a little Nazareño candy figure from a semana santa stand. Oh yes, the KKK guys are called Nazarenes. Cool huh? 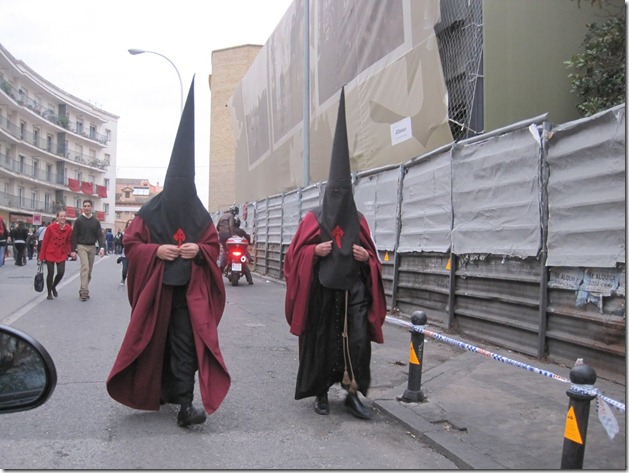 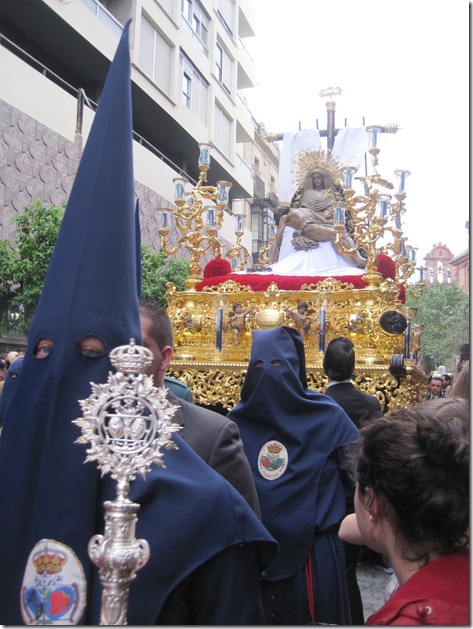 Another easter tradition in spain is "La Mona" It is a pastry bread thing with a hard boiled egg sitting on top of it. You have to play a prank on a buddy or sibling or whoever really, by smashing your hardboiled egg on their forehead. then you can eat the egg and the sweet bread. It´s kind of silly.

So I finally did it! I have wanted to do this for SOOO long. The 4 of us, there are 2 companionships in the apartment, we bought "una pata de jamón"! Oh man it is so good! It is the big cured pig leg. They are super expensive so the 4 of us split the price and we just share the leg. We also took fun pictures with it, more to come next week. But you put it on a stand and there is a special knife that you use to cut the meat off. Picture beef jerky but about 2x better. It is gooooooood stuff! 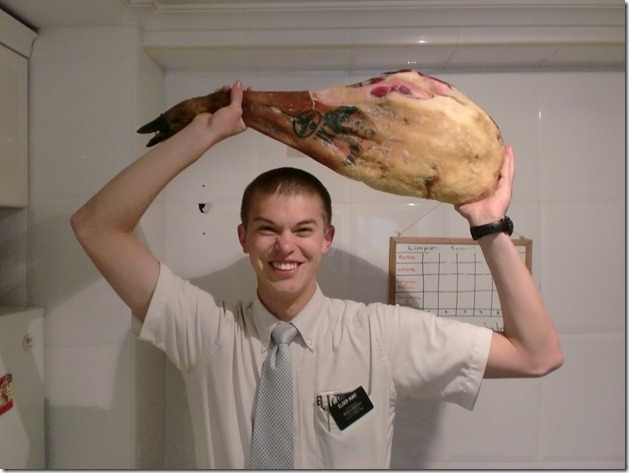 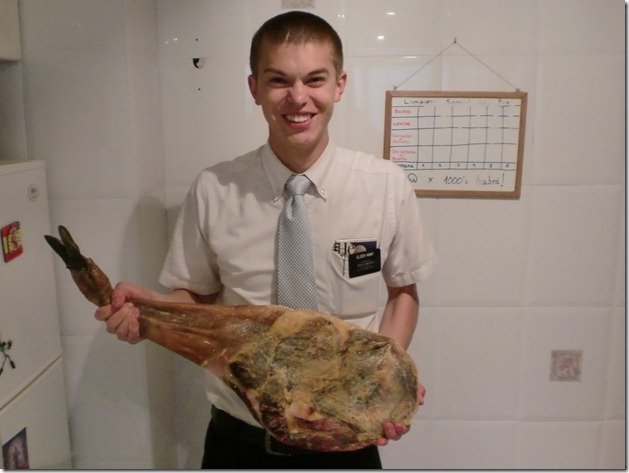 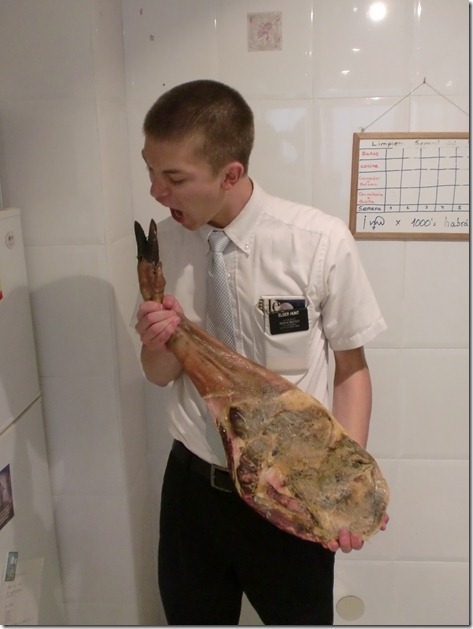 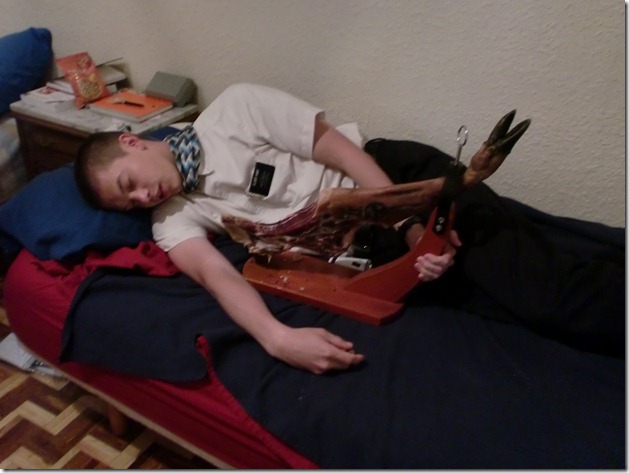 Well, the work is going good, I´m having a great time and the time is just flying! 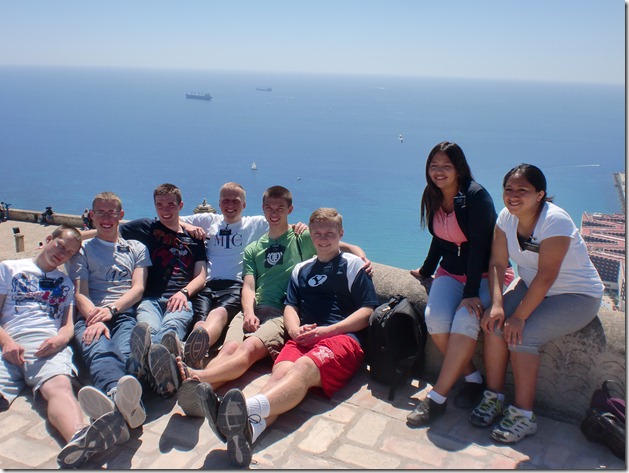 I really can´t believe that we´ve passed another General Conference. I also can´t believe its already April! The time is flying! I loved Conference and it was such a good chance to recharge the spiritual batteries.

Last week we contacted an African lady and we met with her this past week. We were talking and she interrupted us and said that normally, when people talk to her about religion on the street or really when any one talks to her on the street, she says she isn´t interested and continues on. However, the day that we contacted her, she said that very morning, she had prayed to God asking her from some spiritual help. So because of her prayer that morning, she gave us her information that afternoon.

This is a work of miracles. Stuff like that doesn´t happen normally. This new challenge here in Alicante has really been such an amazing experience.

Alicante is HUGE, there are 8 missionaries here. But the part of the city I am in, is an area that they TOOK missionaries out of. My question has been, why did they take them out to begin with!? What happened!? But whatever the reason is, we just keep doing our thing.

I remember when the President called me and said I would be getting a new companion and a new area that I was terrified. It might not sound like that biggest challenge and people and missionaries have had worse, but to me, it freaked me out.

I prayed that night asking for the courage and a quote from Pres. Packer came to my mind. "Fear is the opposite of Faith." That has kind of been my motto since coming here. If there is faith, there will be no room for fear.

This past week we ate with some members and for desert we had something just, so Spanish. It was called "Brazo de Gytano" (Gypsy´s Arm) and it was this sweet bread roll with raw egg yoke inside. I wouldn´t trade my mission experiences for anything in the world! =] But they make this giant roll of it and they wouldn´t let us leave till it was all gone. I think I ate half because elder bird said he couldn´t handle it. Needless to say, I wasn´t feeling too good afterwards.

But this week was great and I look forward to another one! write me lots of letters to my new address! =] 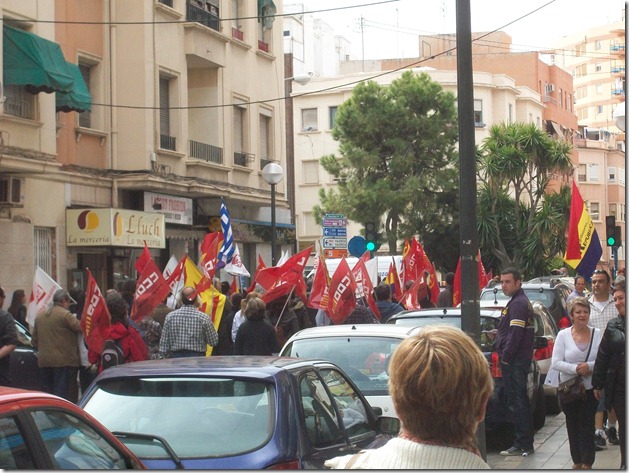 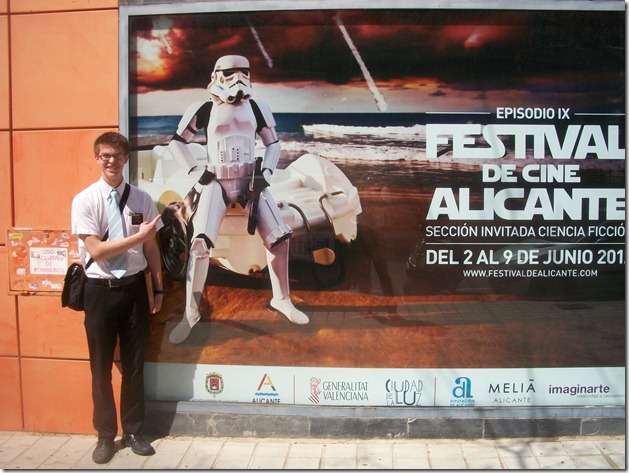