I have a new address!

I did not get transferred, but the sisters that worked in Elche our getting transferred so my companion and I are moving into the sister´s old apartment so we don´t have to have 4 elders living in an itty bitty living space. so here is my new address! We are very excited to get a new apartment. The one we have now with the 4 elders is way tiny!

We set a baptismal date with an investigatory named Basilio from Bulgaria yesterday. It was a cool experience. So someone that we were going to visit failed on us so our backup plan was to see this guy Basilio. He had been to church once, was friends with a guy in our ward, and his mom is a member. He hadn´t shown too much interest in Church, he mostly came for curiosity we believe, but we had a great lesson with him yesterday.

We talked about how he was doing, about life, all the small talk and we began to share a message about faith and hope. We watched the "Good things to Come" Mormon Message and talked about having hope in Christ.  I said some nice things, then "passed the baton" to my companion and as i sat there, a prompting so plain and clear came to my head. This was the first time we had met with him in his house and as I sat there, I would say that it was more of a voice than it was a feeling, and it said "baptize him!" When I got the baton back from my companion, I expressed our gratitude to him for having us in his house and explained that the role of missionaries is to point people on the right direction to God and by doing so being baptized. He said that it sounded great and said he would be baptized on the 23 of December. He is out of work so we said we would pass by every day and teach him.

I don´t have too much else to report. I love the mission, love Spain, and I love going to Spanish bakeries in the morning to eat chocolate covered croissants for breakfast.

Very quickly, this week was a good one!

We have another investigator with a baptismal date! Her name is patricia. We´ll see how it goes because she is pretty weird. haha

Yesterday at church two of the teachers didn´t show up, how many elders were there? two! perfect! So I taught a class and my companion taught another one. That is always really annoying. yea, I love to serve, buuuut, stuff like this can easily be avoided!

I can´t think of anything else that really sticks out. I bought some nutella this week.

I haven´t bought some since May and I probably shouldn´t bought it. I´m already just about out.

So here are some pictures we took to get in the spirit of christmas!

Elder Estrada found a santa suit for 3 Euros and couldn´t say no. I was too busy enjoying my pizza to really know what was going on. 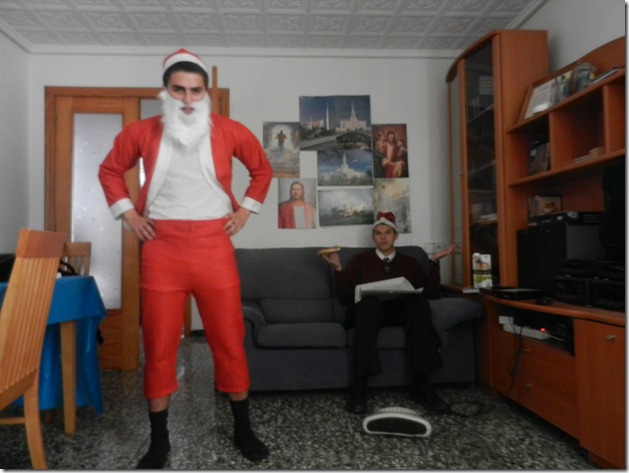 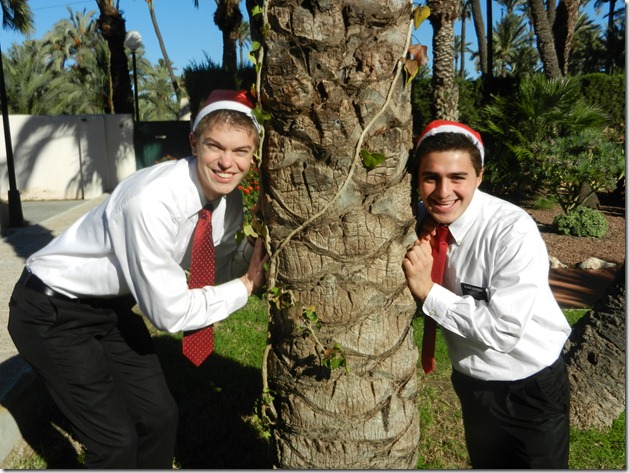 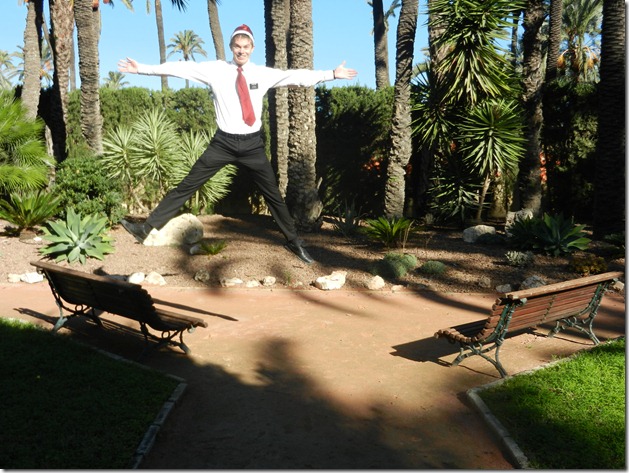 we, of course, had to take some GQ shots, so here is mine 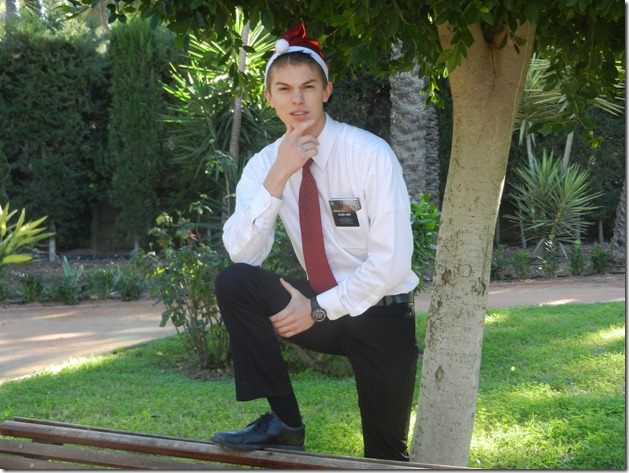